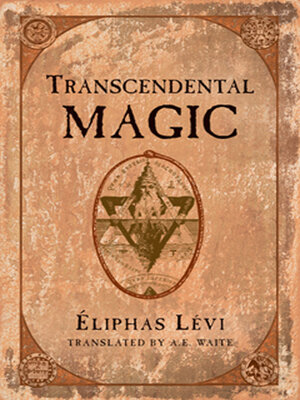 This is Eliphas Levi's (1810-1875) best-known book. This work arguably made Levi THE most influential writer on magic since the Renaissance. Originally issued in French, the English translator is A.E. Waite and it is doubtful that anyone else could have better captured the essence of Levi's work. The book is divided in two parts; the first is theoretical, the second practical. This is a fascinating and often debated work involving a discussion that covers almost the entire realm of Ritual and High Magic.