Dying to Be Me

ebook ∣ My Journey from Cancer, to Near Death, to True Healing 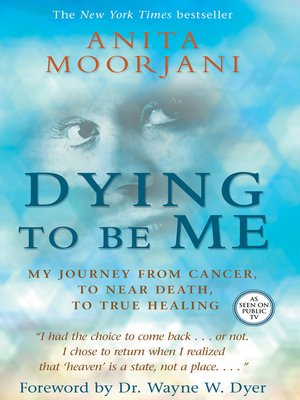 View more libraries...
THE NEW YORK TIMES BESTSELLER!
"I had the choice to come back ... or not. I chose to return when I realized that 'heaven' is a state, not a place"

In this truly inspirational memoir, Anita Moorjani relates how, after fighting cancer for almost four years, her body began shutting down—overwhelmed by the malignant cells spreading throughout her system. As her organs failed, she entered into an extraordinary near-death experience where she realized her inherent worth . . . and the actual cause of her disease. Upon regaining consciousness, Anita found that her condition had improved so rapidly that she was released from the hospital within weeks—without a trace of cancer in her body!
Within this enhanced e-book, Anita recounts—in words and on video—stories of her childhood in Hong Kong, her challenge to establish her career and find true love, as well as how she eventually ended up in that hospital bed where she defied all medical knowledge.
In "Dying to Be Me," Anita Freely shares all she has learned about illness, healing, fear, "being love," and the true magnificence of each and every human being!