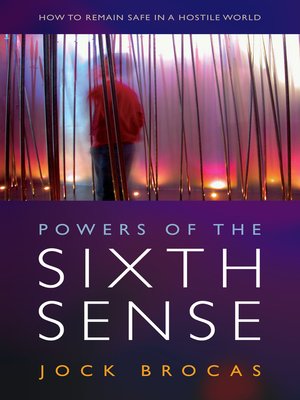 Powers of the Sixth Sense

New AgeNonfiction
Your sixth sense can warn you of imminent danger; whether it's to yourself, your family or your business; whether it's personal hostility, potential robbery, or even terrorist attack. The Power of the Sixth Sense is written by an experienced psychic medium, a top security consultant and a teacher of the Japanese martial arts of the Ninja and Samurai. Many times in his life as an undercover agent, working with law enforcement and Special Forces throughout the world, in some of the most hostile locations, Jock Brocas sixth sense allowed him to survive in the face of possible death. The aim of this book is to make everyone aware of their similar abilities. The sixth sense is a practical gift, vital for survival in this perilous age.
New AgeNonfiction

Jock Brocas is a professional psychic medium and an expert in Martial arts. Jock has appeared on USA TV, UK TV,Radio and in international magazines with his work.

More about Jock Brocas
Powers of the Sixth Sense
Copy and paste the code into your website.
New here? Learn how to read digital books for free