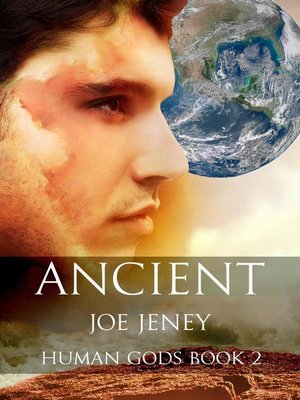 On the planet with the old twin Suns, Samarium, whose inhabitants have long forgotten their planetary origins, humankind faces its twilight years. Genetic mutation impedes evolution rather than refreshes it.

Anchie Rantree carries rare DNA that has the potential to rejuvenate the gene pool and pull it back from the brink of viral suffocation. But he does not care to save the human race, or himself, not until he meets the profoundly flawed, famously successful, and painfully beautiful literary celebrity, Krisiana, who has succumbed to the deathly viral infection.

Join Anchie and his friends, Mickey and Chadder, as they leave the familiarity of small-town life in search of a cure for the illness killing their friends and families. Join them as their futures lead them from their pasts into challenges they could not have dreamed about but must now surmount to survive.

The second installment in the Human Gods Series, Ancient asks if one man really can change the fate of an entire world. And what will happen if he can’t…

"A five-star novel that should be in your library! A good science fiction that grips you and entertains you throughout. Really enjoyed it."
Rabia Tanveer for Readers' Favorite.