Abe Sapien: The Drowning and Other Stories 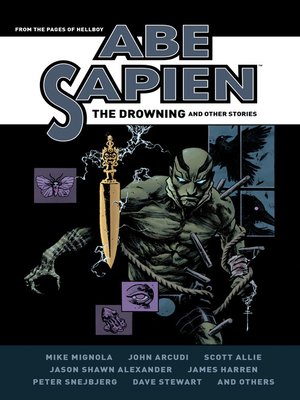 View more libraries...
Mike Mignola and Jason Shawn Alexander's premiere Abe solo series sets the stage for a collection of tales tracing Abe's times both as an agent of the BPRD, and delving into his long-hidden origins. A haunted lake, South American vampires, and a mad scientist seeking out man's missing link are chronicled here!

This deluxe edition collects Abe Sapien: The Drowning, The Devil Does Not Jest, and Lost Lives and Other Stories

In the early 1980's, new BPRD agent Abe Sapien was set to retrieve the corpse of a powerful warlock off the coast of France. Abe quickly finds himself in a battle with a century old evil in the form of demonic monks.