audiobook (Unabridged) ∣ How NetHack, Angband, and Other Roguelikes Changed the Course of Video Games 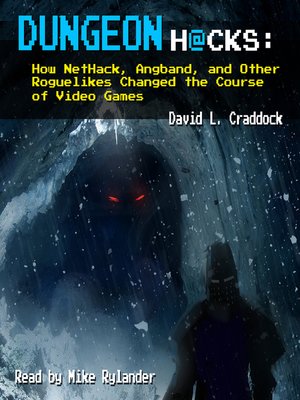 In 1980, computers were instruments of science and mathematics, military secrets and academia. Stern administrators lorded over sterile university laboratories and stressed one point to the wide-eyed students privileged enough to set foot within them: Computers were not toys. Defying authority, hackers seized control of monolithic mainframes to create a new breed of computer game: the roguelike, cryptic and tough-as-nails adventures drawn from text-based symbols instead of state-of-the-art 3D graphics. Despite their visual simplicity, roguelike games captivate thousands of players around the world. From the author of the bestselling Stay Awhile and Listen series, Dungeon Hacks introduces you to the visionaries behind some of the most popular roguelikes of all time, and shows how their creations paved the way for the blockbuster video games of today—and beyond.