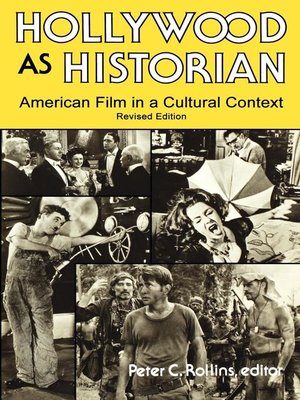 View more libraries...
"A commendably comprehensive analysis of the issue of Hollywood's ability to shape our minds . . . invigorating reading." ?Booklist
Film has exerted a pervasive influence on the American mind, and in eras of economic instability and international conflict, the industry has not hesitated to use motion pictures for propaganda purposes. During less troubled times, citizens' ability to deal with political and social issues may be enhanced or thwarted by images absorbed in theaters. Tracking the interaction of Americans with important movie productions, this book considers such topics as racial and sexual stereotyping; censorship of films; comedy as a tool for social criticism; the influence of "great men" and their screen images; and the use of film to interpret history.
Hollywood As Historian benefits from a variety of approaches. Literary and historical influences are carefully related to The Birth of a Nation and Apocalypse Now, two highly tendentious epics of war and cultural change. How political beliefs of filmmakers affected cinematic styles is illuminated in a short survey of documentary films made during the Great Depression. Historical distance has helped analysts decode messages unintended by filmmakers in the study of The Snake Pit and Dr. Strangelove. Hollywood As Historian offers a versatile, thought-provoking text for students of popular culture, American studies, film history, or film as history.
Films considered include: The Birth of a Nation (1915), The Plow that Broke the Plains (1936), The River (1937), March of Time (1935-1953), City Lights (1931), Modern Times (1936), The Great Dictator (1940), The Grapes of Wrath (1940), Native Land (1942), Wilson (1944), The Negro Soldier (1944), The Snake Pit (1948), On the Waterfront (1954), Dr. Strangelove (1964), Who's Afraid of Virginia Woolf? (1966), and Apocalypse Now (1979).
"Recommended reading for anyone concerned with the influence of popular culture on the public perception of history." ?American Journalism