The Ring of Truth 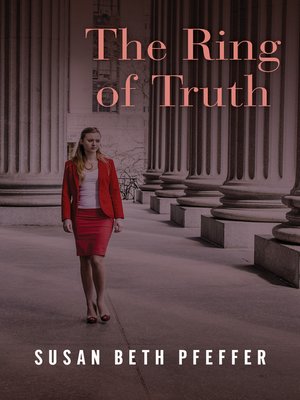 The truth isn't the most comfortable choice, but it's the only one with any future
Sloan Fredericks can still remember the weeks she spent in the hospital when she was nine, the only survivor of the accident that killed her parents and little brother. Now she lives with her grandmother in the kind of grand old house you'd expect from a family known for both their wealth and their political prowess.
It's also the kind of house that has a music room, which is where Sloan goes searching for a little peace and quiet during her gran's annual party, until an older man with a important reputation corners her long enough to say some things that Sloan doesn't want to hear. She quickly brushes past him, hoping that no one saw them.
But someone did—one of Sloan's own friends—who confesses that the man did the same thing to her, only much, much worse. Although meant to be private, the confession doesn't stay that way, and soon the secret is all anyone can talk about. Can the truth save their family, or will it just dig up even uglier secrets?