The Real Man of Steel 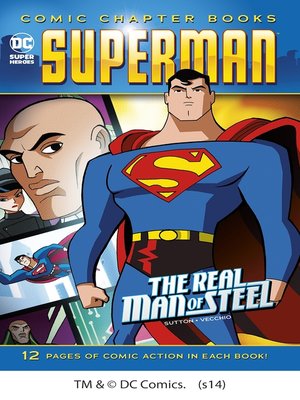 LEX LUTHOR is up to his old tricks again. Wearing his battle suit, the super-villain sets out to steal a special chip from S.T.A.R Labs, called the Mega Module with the help of a few friends. SUPERMAN shows up just in time to stop LEX'S pals, but LEX manages to insert the Mega Module into his suit before SUPERMAN can stop him. Now, with power levels similar to SUPERMAN'S, LEX is looking to steal SUPERMAN'S claim to fame as the real MAN OF STEEL!