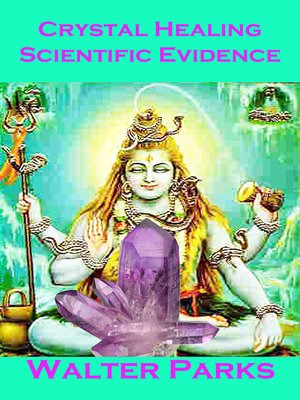 Health & FitnessNew AgeNonfiction
I had heard of Crystal Healing all of my life but I assumed that it was quackery.A friend, who was a believer, asked me to take a look and find the scientific basis of Crystal Healing.My career has been in Aerospace Engineering so he thought I could surely find the scientific basis for something in which he so strongly believed.I felt that I had to check it out for my friend.I realized that any scientific basis for Crystal Healing would have to require some sort of exchange of energy between the crystal and our human body.I evaluated several types of crystals and found that the amethyst crystal had the best measurable energy field with the most available data.I knew from Einstein's famous equation E=MC2 that our bodies are basically two kinds of matrices: one of matter (M) which is our flesh and bone, and one of energy (E) which has a measurable electromagnetic field. (C is the speed of light.) I knew that advocates of Crystal Healing called this field our aura.The basic objective was then to find a mechanism that could enable our bodies to receive an energy transmission from a radiating crystal.I read the Vedas of the ancient Hindu Religion and learned their beliefs regarding charkas and especially the charka they call the Third Eye.I investigated this Third Eye and learned that our ancient ancestors did indeed have a Third Eye that could sense vibrations from their environment. Some primitive creatures still living today have Third Eyes.Further investigations revealed that our ancestor's Third Eye had evolved to our Pineal Gland.I then learned that our Pineal Gland secretes a hormone that has become the major director of our daily lives.I did not need any further goading from my friend to try to put this information together and compare it with the experiences reported by Crystal Healing advocates down through the ages.I found the possible scientific basis for Crystal Healing and I describe my research and finding in a step-by-step fashion in this book.
Health & FitnessNew AgeNonfiction

More about Walter Parks
Crystal Healing Scientific Evidence
Copy and paste the code into your website.
New here? Learn how to read digital books for free