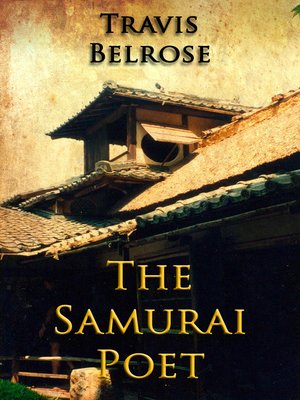 The year is 1615. Tokugawa Ieyasu, the greatest shogun in Japanese history, has just eliminated the last meaningful opposition in the land. Before he can celebrate his victory though, he must decide the fate of Ishikawa Jozan, a man once counted amongst his most loyal retainers but whose mistake in battle almost cost Ieyasu his life. Rather than invite Ishikawa to commit suicide, Ieyasu chooses a far more subtle and insidious punishment, challenging Ishikawa to re-examine the decisions that led to his nearly fatal mistake. Consequently, he must make his way alone in a new world order where constrictive social roles are rapidly being codified and the biggest obstacle a person can face is not belonging to a group.

The Samurai Poet will transport you to seventeenth century Japan and challenge preconceptions about what life was really like in the time of the samurai. Individuals and groups had more freedom than is generally believed, but the consequences of transgressing legal and social boundaries could still be lethal. Once you see Japan through the eyes of Ishikawa Jozan, you will never think about it the same way again.