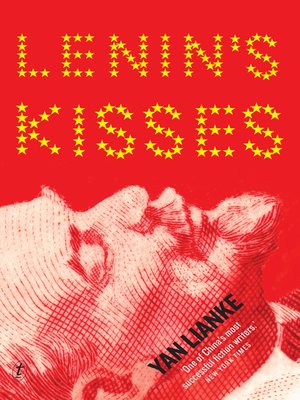 An absurdist masterpiece. A provocative and bitingly humourous tragicomedy of greed and corruption.

is a brilliant novel about modern China. Blind, deaf, and disfigured, the 197 citizens of the Village of Liven enjoy a peaceful lifestyle, spared from the government's watchful eye. But when an unseasonal snowstorm wipes out the grain crops, a county official convinces the villagers to set up a travelling freak-show showcasing their disabilities. With the money, he intends to buy Lenin's embalmed corpse from Russia and install it in a mausoleum in the mountains to attract tourism to the sleepy district.?

is a rollicking tragicomedy with a cast of moving characters—a cautionary tale of the all-consuming desire for power and wealth from one of China's most respected and celebrated writers.

Yan Lianke was born in 1958 in Henan Province, China. Text has published his novels Serve the People! and Dream of Ding Village, which was short-listed for the Man Asian Literary Prize. Lianke has won two of China's most prestigious literary awards: the Lu Xan Prize and the Lao She Award. He lives in Bejing.

'The novel's depth lies in its ability to express an unbearable sorrow, even while constantly making he reader laugh out loud...a truly miraculous novel.' Hong Kong Ming Pao Weekly

'Yan Lianke sees and describes his characters with great tenderness...this talented and sensitive writer exposes the absurdity of our time.' La Croix

'Yan Lianke weaves a passionate satire of today's China, a marvellous circus where the one-eyed-man is king...Brutal. And wickedly funny.' L'Express

'Lenin's Kisses is a grand comic novel, wild in spirit and inventive in technique. It's a rhapsody that blends the imaginary with the real, raves about the absurd and the truthful, inspires both laughter and tears.' Ha Jin