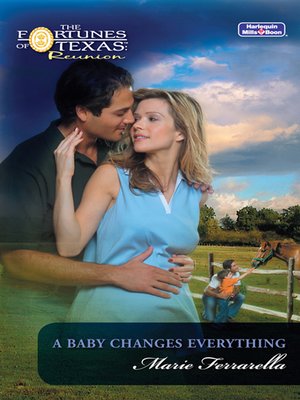 A Baby Changes Everything

The Fortunes of Texas: Reunion

FictionRomance
The price of privilege. The power of family.

'I'm pregnant, and my marriage is in trouble.'–Savannah Perez, rancher's wife

After five years of loving and honouring her husband, Savannah Perez worried that her marriage to Cruz was doomed. She loved him so much, but felt that his back–breaking devotion to their new ranch was ruining their relationship. Cruz Perez felt he had something to prove, so he pushed himself beyond his limits.

Cruz wanted the best for his wife and son, and tried to forget the pained looks they gave him when he returned home late at night. He knew he had to show his pregnant wife that she meant everything to him–before it was too late.

A Baby Changes Everything
Copy and paste the code into your website.
New here? Learn how to read digital books for free