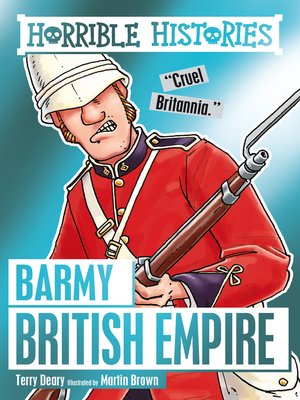 For centuries, the barmy Brits bounded round the globe, conquering other countries in the name of their Empire. From infamous India to dreadful deeds down under, brutal Britannia ruled the land and waves. Are you ready for some horrible Empire-grabbing action? Then find out... · How a war started when a Brit insisted on sitting on a stool · Who wore a necklace made of 50 human skulls · Why a British soldier used his own coffin as a wardrobe! From savage slavers and rotten rebels to horrible heroes and nasty natives, grab the foul facts about the Barmy British Empire - with all the gore and more!