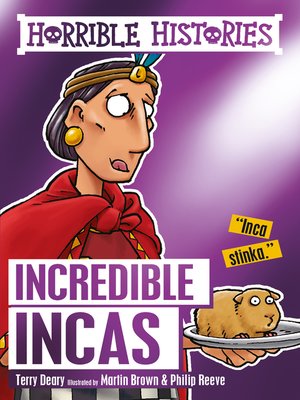 The incredible Incas may have built South America's greatest civilisation, but they could be very icky indeed! The poor prisoners they pulled up their huge pyramids were likely to experience a very painful death. But things weren't much better for your average Inca. Find out...