An Eye for Murder 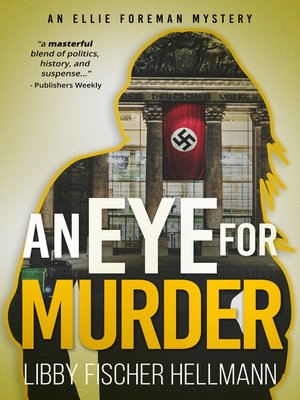 August, 1944, Prague is where the story begins with a seemingly casual exchange of information. But in wartime, is any act, any one thing, trivial? Decades later, in contemporary Chicago, the consequences emerge through the medium of television. Documentary filmmaker Ellie Foreman gets a letter prompted by the success of her show "Celebrate Chicago." One viewer was the elderly Ben Sinclair. When he suddenly dies, his landlady Mrs. Fleischman finds Ellie's name among his effects and writes to her. Ellie, who hasn't a clue about a connection to Ben, is curious. And she agrees to help dispose of Ben Sinclair's possessions. She became a filmmaker to help people tell their stories. The books and wartime relics Ben left behind—will they be enough to tell his?

Fiction Mystery
An Eye for Murder