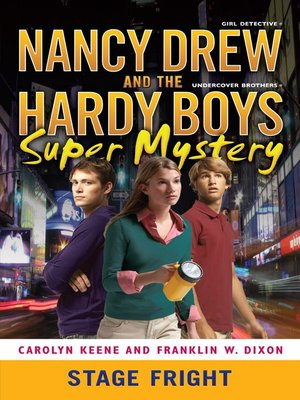 Can Nancy Drew and the Hardy Boys stop the curtain from crashing down on a new Broadway spectacular?

The producers of a huge new Broadway musical are worried about their star, a TV actress who has been receiving death threats. When the actress gets sick right before opening night, her understudy has to go on for her--and nearly dies in an "accident" on stage. So the producers call in the Hardy Boys to get to the source of the trouble.

Baffled by all the backstage backstabbing, the Hardys call Nancy and ask her to come to New York and help them out. When she arrives, they realize that Nancy is a dead ringer for the lead actress, so they arrange for her to replace the injured understudy.

Can the three supersleuths put an end to the accidents plaguing the show? Or is the curtain about to come down once and for all?