The Dead Shall Not Rest 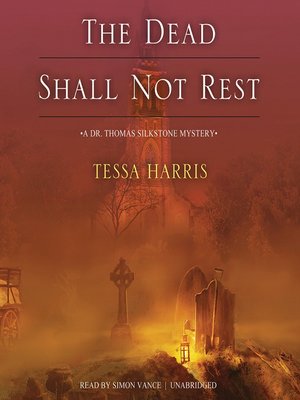 It is not just the living who are prey to London's criminals and cutpurses. Corpses, too, are fair game—dug up from fresh graves and sold to unscrupulous men of science. Dr. Thomas Silkstone abhors such methods, but his leading rival, Dr. John Hunter, has learned of the imminent death of eight-foot-tall Charles Byrne—known as the "Irish Giant"—and will go to any lengths to obtain the body for his research.

Thomas intends to see that Byrne is allowed to rest in peace, but his efforts are complicated when his betrothed, Lady Lydia Farrell, breaks off their engagement without explanation. When Dr. Hunter is implicated in the horrific murder of a young castrato, Thomas must determine how far the increasingly erratic surgeon will go in the name of knowledge. For as Thomas knows too well, the blackest hearts sometimes go undetected—and even an unblemished façade can hide terrifying secrets.

Fiction Mystery
The Dead Shall Not Rest
New here? Learn how to read digital books for free