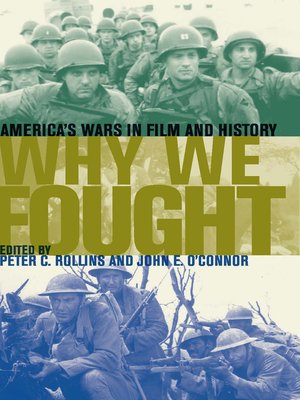 A "wide-ranging and sophisticated anthology" comparing theaters of war to wars in the movie theater (Dennis Showalter, author of Patton and Rommel).
Why We Fought makes a powerful case that film can be as valuable a tool as primary documents for improving our understanding of the causes and consequences of war.

A comprehensive look at war films, from depictions of the American Revolution to portrayals of September 11 and its aftermath, this volume contrasts recognized history and historical fiction with the versions appearing on the big screen. The text considers a selection of the pivotal war films of all time, including All Quiet on the Western Front, Sands of Iwo Jima, Apocalypse Now, Platoon, and Saving Private Ryan—revealing how film depictions of the country's wars have shaped our values, politics, and culture, and offering a unique lens through which to view American history.