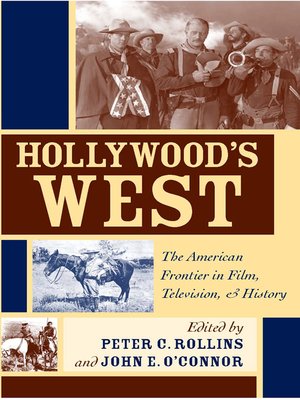 "An excellent study that should interest film buffs, academics, and non-academics alike" (Journal of the West).

Hollywood's West examines popular perceptions of the frontier as a defining feature of American identity and history. Seventeen essays by prominent film scholars illuminate the allure of life on the edge of civilization and analyze how this region has been represented on big and small screens.

Differing characterizations of the frontier in modern popular culture reveal numerous truths about American consciousness and provide insights into many classic Western films and television programs, from RKO's 1931 classic Cimarron to Turner Network Television's recent made-for-TV movies. Covering topics such as the portrayal of race, women, myth, and nostalgia, Hollywood's West makes a significant contribution to the understanding of how Westerns have shaped our nation's opinions and beliefs—often using the frontier as metaphor for contemporary issues.