ebook ∣ Martin Luther King Jr. and the Making of a National Leader · Civil Rights and the Struggle For Black Equality In the Twentieth Century 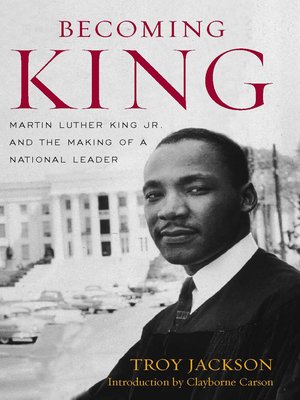 Without question, Dr. Martin Luther King Jr. is the face of the civil rights revolution that reshaped the social and political landscape of the United States. Although many biographers and historians have examined Dr. King's activism, few have recognized the pivotal role that the people of Montgomery, Alabama, played in preparing him for leadership. King arrived in Montgomery as a virtually unknown doctoral student, but his activities there — from organizing the Montgomery bus boycott to building relationships with local activists such as Rufus Lewis, E. D. Nixon, and Virginia Durr — established him as the movement's most visible leader. Becoming King: Martin Luther King, Jr. and the Making of a National Leader illustrates how the people of Montgomery influenced King as much as he influenced them. In Montgomery, brave citizens, both black and white, spearheaded a protest movement that also launched King's public ministry. Author Troy Jackson demonstrates that spending his formative years in the city of Montgomery gave King the skills and experience to become a hero to generations of Americans.