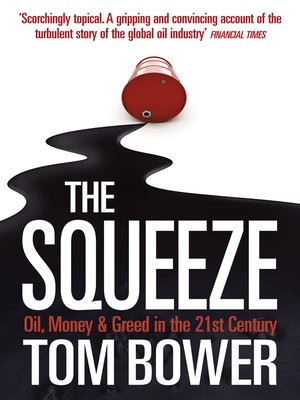 Oil, Money and Greed in the 21st Century (Text Only)

BusinessManagementNonfiction
The sensational human story of the hunt for oil, and the politics, power and personalities involved. Over the last 20 years, oil prices have soared from $7 a barrel to $147 and down to $37. Amid economic boom and bust, speculators, traders, politicians and monarchs have plotted to earn fortunes from oil, and prayed for salvation from unpredictable natural and man-made disasters. Behind the headlines are the crushing rivalries between men and women exploring for oil five miles beneath the sea, battling for control of the world's biggest corporations and gambling billions of dollars twenty-four hours every day on oil prices. Success or failure for all those extraordinary personalities depends on squeezing their rivals and squeezing the crude out of the rocks. Overweening vanity and greed absorb those titans whose ambitions are forging the world's quest for oil. Exploiting unprecedented close access to the lives of irrepressible traders in New York, oil-oligarchs in Moscow, corporate chieftains in Dallas and London, and wily politicians floating in jets across the globe, Tom Bower presents the untold story of the most important quandary of our times: why, if there is plentiful oil in the earth, does mankind face a dire shortage threatening our lives? Self-interest is propelling the squeeze and there seems to be no salvation.
BusinessManagementNonfiction

More about Tom Bower
The Squeeze
Copy and paste the code into your website.
New here? Learn how to read digital books for free