audiobook (Unabridged) ∣ The Story of the Donner Party 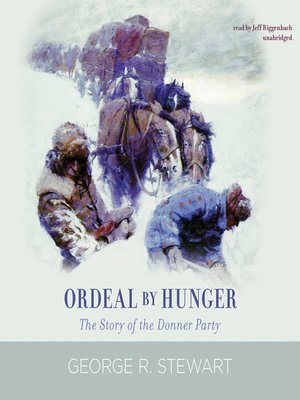 The tragedy of the Donner party constitutes one of the most amazing stories of the American West. In 1846, eighty-seven people—men, women, and children—set out for California, persuaded to attempt a new overland route. After struggling across the desert, losing many oxen, and nearly dying of thirst, they reached the very summit of the Sierras, only to be trapped by blinding snow and bitter storms. Many perished; some survived by resorting to cannibalism; all were subjected to unbearable suffering.

Incorporating the diaries of the survivors and other contemporary documents, George Stewart wrote the definitive history of that ill-fated band of pioneers; an astonishing account of what human beings may endure and achieve in the final press of circumstance.