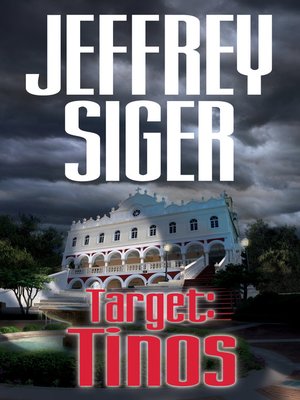 "Target: Tinos [is] another of Jeffrey Siger's thoughtful police procedurals set in picturesque but not untroubled Greek locales."—New York Times

In an isolated olive grove on the Aegean island of Tinos lies the remains of two charred bodies chained together amid pieces of an incinerated Greek flag. An enraged press screams out for justice for the unknown victims, until the dead are identified as Gypsies. Then the story simply dies. Is it a Gypsy clan war, a hate crime, or something else? With no one seeming to care, the Greek government has no interest in resurrecting unwanted media attention and orders the investigation closed. But Andreas Kaldis, head of Greece's special crimes division, has other plans. He presses on to unravel a mystery that yields more dead, a modern secret society, and questions about the sudden influx of non-Greeks and Gypsies to Tinos. Now Andreas must find the killers before more die, stop the robbery of the century, and get married in the process.

Jeffrey Siger was born and raised in Pittsburgh, Pennsylvania, practiced law at a major Wall Street law firm, and later established his own New York City law firm where he continued as one of its name partners until giving it all up to write full-...

More about Jeffrey Siger
Target
Copy and paste the code into your website.
New here? Learn how to read digital books for free