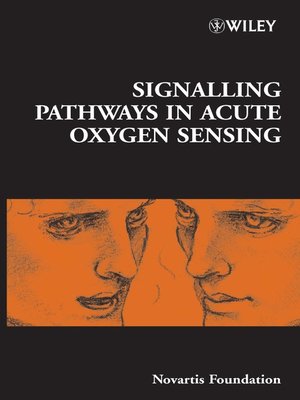 Oxygen sensing is a key physiological function of many tissues, but the identity of the sensor, the signalling pathways linking the sensor to the effector, and the endpoint effector mechanisms are all subjects of controversy. This book evaluates the various mediators that have been proposed, including the mitochondria, NAD(P)H oxidases, cytochrome p450 enzymes, and direct effects on enzymes and ion channels. There has been a resurgence of interest in the role of mitochondria, based partly on the ability of mitochondrial inhibitors to mimic hypoxia, but there is little consensus concerning mechanisms. Some favour the view that the primary signalling event is a reduction in cell redox state and reactive oxygen species (ROS) due to general inhibition of the electron transport chain (ETC); others support a key role for complex III of the ETC and an increase in ROS generation, while others doubt either of these components is the key intermediary. All these hypotheses are discussed in the book, together with conceptual problems concerning the ability of mitochondria to respond to physiological hypoxia.

The other area of controversy covered in the book is the identity of the endpoint effector(s). Some authors favour K+ channel inhibition, followed by depolarization and Ca2+ entry via L-type channels, while others propose that release of Ca2+ from intracellular stores, or capacitative Ca2+ entry and other voltage-independent pathways may be more important. The book also describes evidence for an endothelium-dependent Ca2+-sensitizing pathway involving Rho and possibly other kinases.

While some of these differences can be attributed to variation between tissues, many must be related to differences in interpretation or methodology. In this book, experts in the field of acute oxygen sensing working in different tissues address these controversies and their possible origins, and discuss possible approaches whereby these controversies might be resolved.

The book will be of great interest to all those working in fields where oxygen sensing is important, particularly cancer and wound healing, as well as researchers in drug discovery and biotechnology.