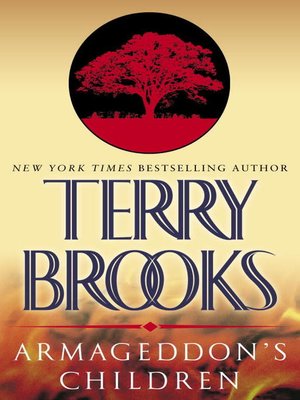 FantasyFictionScience FictionThriller
NEW YORK TIMES BESTSELLER • "In this exciting first of a new fantasy trilogy, bestseller Brooks effortlessly connects the Tolkien-infused magic of his Shannara books . . . with the urban, postapocalyptic world of his Word and the Void series. . . . Longtime Brooks fans and newcomers will be riveted."—Publishers Weekly (starred review)
In our world's near future, civilization has fallen into terrifying chaos. Navigating the scarred landscape that once was America and guided by a powerful talisman, Logan Tom has sworn an oath to seek out a remarkable being born of magic and destined to lead the final fight against darkness. In time, Logan's path will cross with others: Angel Perez, herself a survivor of death-dealing forces, and a makeshift family of refugees forced to survive among street gangs, mutants, and marauders. Common purpose will draw Logan and his allies together. Their courage and convictions will be tested and their fates will be decided, as their singular crusade begins: to take back, or lose forever, the only world they have.
BONUS: This edition contains an excerpt from Terry Brooks's The Measure of the Magic.
"Dynamic . . . compelling . . . mesmerizing . . . [with] a cliff-hanger that leaves readers salivating for the sequel."—Booklist (starred review)
"Strongly recommended . . . a transformative work."—SFRevu
FantasyFictionScience FictionThriller

More about Terry Brooks
Armageddon's Children
Copy and paste the code into your website.
New here? Learn how to read digital books for free