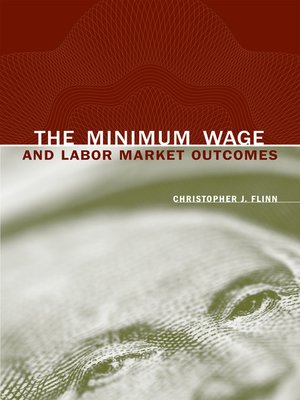 The introduction of a search and bargaining model to assess the welfare effects of minimum wage changes and to determine an "optimal" minimum wage.

In The Minimum Wage and Labor Market Outcomes, Christopher Flinn argues that in assessing the effects of the minimum wage (in the United States and elsewhere), a behavioral framework is invaluable for guiding empirical work and the interpretation of results. Flinn develops a job search and wage bargaining model that is capable of generating labor market outcomes consistent with observed wage and unemployment duration distributions, and also can account for observed changes in employment rates and wages after a minimum wage change. Flinn uses previous studies from the minimum wage literature to demonstrate how his model can be used to rationalize and synthesize the diverse results found in widely varying institutional contexts. He also shows how observed wage distributions from before and after a minimum wage change can be used to determine if the change was welfare-improving. More ambitiously, and perhaps controversially, Flinn proposes the construction and formal estimation of the model using commonly available data; model estimates then enable the researcher to determine directly the welfare effects of observed minimum wage changes. This model can be used to conduct counterfactual policy experiments—even to determine "optimal" minimum wages under a variety of welfare metrics. The development of the model and the econometric theory underlying its estimation are carefully presented so as to enable readers unfamiliar with the econometrics of point process models and dynamic optimization in continuous time to follow the arguments. Although most of the book focuses on the case where only the unemployed search for jobs in a homogeneous labor market environment, later chapters introduce on-the-job search into the model, and explore its implications for minimum wage policy. The book also contains a chapter describing how individual heterogeneity can be introduced into the search, matching, and bargaining framework.