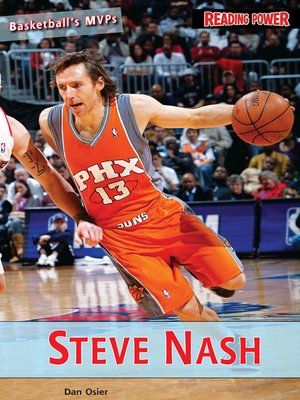 The versatile Steve Nash has been named the NBA MVP not once, but twice. Young basketball fans will be delighted to learn about the impressive career of Canada's prodigiously talented point guard. Inspiring biographical information and plenty of fun facts trace Nash's journey from his birth in South Africa, his Canadian upbringing, and his eventual move to the United States to become a basketball legend.