ebook ∣ In the News 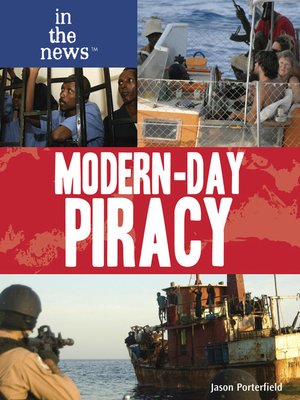 Until recently, piracy was a crime that few people expected to encounter in the modern world. Today's pirates pilot motorboats and carry assault rifles, and utilize modern technology in order to carry out raids. This book examines modern-day piracy in detail, delving into the social and economic motivators that have given rise to contemporary nautical crime. The engaging text covers the regions in which piracy is most prevalent, famous incidents, and the ways in which the international community has attempted to fight today's pillagers of the sea. Filled with gripping, full-color images of pirates being captured, receiving ransom, and being marched to trial, this book stands alone in giving young readers insight into this fascinating and troubling topic.