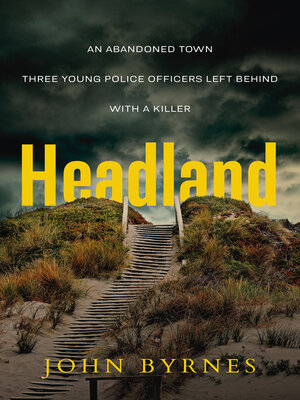 A coastal town is evacuated after record floods. Three young police officers are left behind. With a killer.

The small beachside town of Gloster is on the edge of disaster. After constant rain, floodwaters are rising fast.

Detective Constable Craig Watson, exiled to Gloster from Sydney, is a young man with a damaged past and an uncertain future.

Constables Ellie Cameron and Larissa Brookes are young women struggling to show their worth as police officers under a misogynistic sergeant.

The drowning town holds a secret that someone is prepared to murder for, and as the floodwaters cut Gloster off from the world the three young police officers begin to understand that it's not just them left stranded. Somewhere out there in the floodwaters is a killer. And he needs them dead.

'Following in the footsteps of Jane Harper and Chris Hammer . . . Byrnes does a fantastic job of turning the relentless downpour into a constant threat. This thriller is a pacy and compelling debut.' Books+Publishing