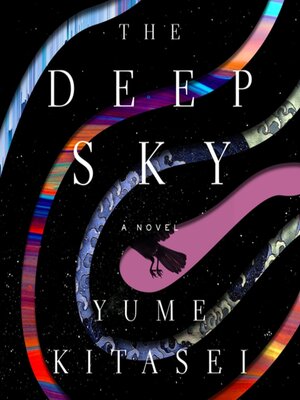 Yume Kitasei's The Deep Sky is an enthralling sci fi thriller debut about a mission into deep space that begins with a lethal explosion that leaves the survivors questioning the loyalty of the crew.
They left Earth to save humanity. They'll have to save themselves first.
It is the eve of Earth's environmental collapse. A single ship carries humanity's last hope: eighty elite graduates of a competitive program, who will give birth to a generation of children in deep space. But halfway to a distant but livable planet, a lethal bomb kills three of the crew and knocks The Phoenix off course. Asuka, the only surviving witness, is an immediate suspect.
Asuka already felt like an impostor before the explosion. She was the last picked for the mission, she struggled during training back on Earth, and she was chosen to represent Japan, a country she only partly knows as a half-Japanese girl raised in America. But estranged from her mother back home, The Phoenix is all she has left.
With the crew turning on each other, Asuka is determined to find the culprit before they all lose faith in the mission—or worse, the bomber strikes again.