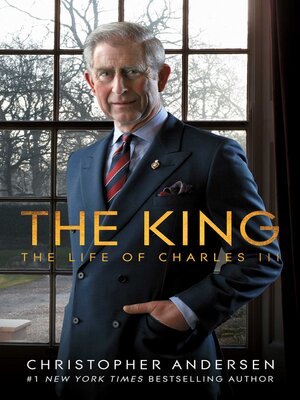 View more libraries...
From #1 New York Times bestselling author Christopher Andersen comes a vivid and unsparing yet sympathetic portrait of one of the most complex and enigmatic figures of our time: Charles, who has taken his place on the throne after being the oldest and longest-serving heir in British history.
Since the day Charles Philip Arthur George was born, he has been groomed to be King. After more than seventy years of waiting, he finally ascends the throne.

The King examines the private life of this historically important and controversial figure, set against the grand, thousand-year sweep of the British monarchy. This richly detailed biography covers it all, from his military training to his marriage to Lady Diana, through their separation and her tragic death to his marriage to Camilla Parker Bowles. In the process, it provides a balanced but fully honest look into the life of the new monarch. This book will tell you what the King—a man who has remained something of an enigma, shrouded in speculation and intrigue—is really like.

The King is the first biography of Charles since he has become monarch and serves as an authoritative chronicle of his life.