A Good Kind of Crazy 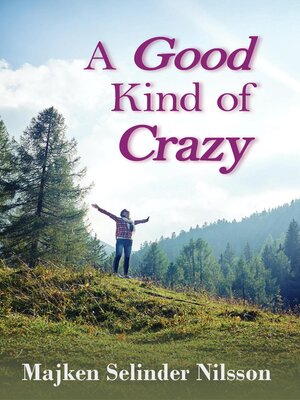 Fall in love with the characters of Majken Selinder Nilsson's debut novel, A Good Kind of Crazy, and discover the inspiration for her second release Western Skies...

Kat, the epitome of a middle-aged Southern housewife, had been feeling as though she had lost herself even before her husband's infidelity comes to light. Needing to make a change she simply drives away to visit her childhood friend, Jen, the owner of a successful Hollywood catering firm.

When a last-minute family emergency keeps Jen from traveling to her next job on the shoot of a TV show in Canada, she convinces Kat to go in her place. There, Kat is blindsided when she meets the younger, handsome Irish star of the show, Ian Gregory, who is standoffish at first, but later takes Kat into his confidence. Then things get complicated.

Can Kat and Ian cook up a successful romance or will her trepidation mixed with his indecision ruin the recipe?