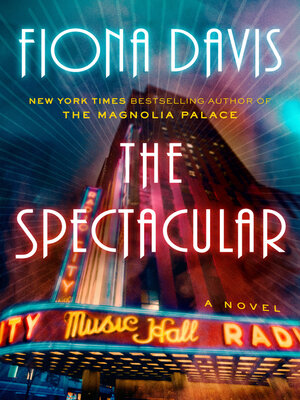 New York City, 1956: Nineteen-year-old Marion Brooks knows she should be happy. Her college sweetheart is about to propose and sweep her off to the life everyone has always expected they’d have together: a quiet house in the suburbs, Marion staying home to raise their future children. But instead, Marion finds herself feeling trapped. So when she comes across an opportunity to audition for the famous Radio City Rockettes—the glamorous precision-dancing troupe—she jumps at the chance to exchange her predictable future for the dazzling life of a performer.

Meanwhile, the city is reeling from a string of bombings orchestrated by a person the press has nicknamed the “Big Apple Bomber,” who has been terrorizing the citizens of New York for sixteen years by planting bombs in popular, crowded spaces. With the public in an uproar over the lack of any real leads after a yearslong manhunt, the police turn in desperation to Peter Griggs, a young doctor at a local mental hospital who espouses a radical new technique: psychological profiling.
As both Marion and Peter find themselves unexpectedly pulled in to the police search for the bomber, Marion realizes that as much as she’s been training herself to blend in—performing in perfect unison with all the other identical Rockettes—if she hopes to catch the bomber, she’ll need to stand out and take a terrifying risk. In doing so, she may be forced to sacrifice everything she’s worked for, as well as the people she loves the most.