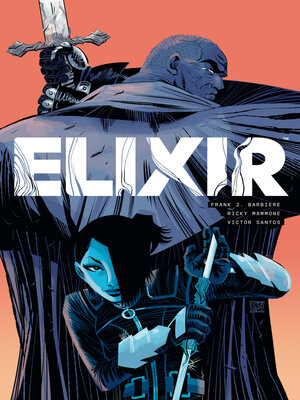 In a fantastic vision of the future, magic has been replaced with technology.
Two factions are in conflict within a sprawling metropolis: The Druids hold on to the past, while huge corporations exploit new technologies that threaten to eradicate magic forever. Mara, the daughter of a druid leader, becomes caught up in a dangerous mission to recover the elixir — a mysterious artifact that could restore magic and defeat the corporations once and for all. The only problem is it’s in the hands of her old mentor, a dangerous warrior who has mastered magic and the blade, and is driven by a personal vendetta to destroy the elixir at all costs. Pulled between her family and a choice that could shape the future forever, how far will Mara go to recover the elixir for herself… and what will she do with it?

Elixir mixes elements of magic and design from Final Fantasy with the artistic grit of Sin City to deliver a sci-fi/fantasy adventure with explosive action, sleek style, and unforgettable characters.