The Making of Another Major Motion Picture Masterpiece 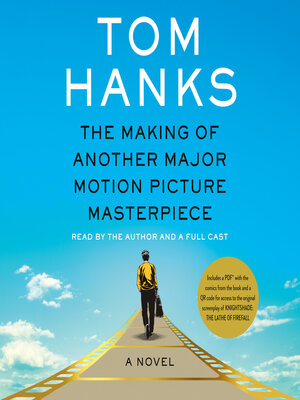 View more libraries...
From the Academy Award-winning actor and best-selling author: a novel about the making of a star-studded, multimillion-dollar superhero action film...and the humble comic books that inspired it. Funny, touching, and wonderfully thought-provoking, while also capturing the changes in America and American culture since World War II.
Part One of this story takes place in 1947. A troubled soldier, returning from the war, meets his talented five-year-old nephew, leaves an indelible impression, and then disappears for twenty-three years.
Cut to 1970: The nephew, now drawing underground comic books in Oakland, California, reconnects with his uncle and, remembering the comic book he saw when he was five, draws a new version with his uncle as a World War II fighting hero.
Cut to the present day: A commercially successful director discovers the 1970 comic book and decides to turn it into a contemporary superhero movie.
Cue the cast: We meet the film’s extremely difficult male star, his wonderful leading lady, the eccentric writer/director, the producer, the gofer production assistant, and everyone else on both sides of the camera.
Bonus material: Interspersed throughout are three comic books that are featured in the story—all created by Tom Hanks himself—including the comic book that becomes the official tie-in to this novel’s "major motion picture masterpiece."