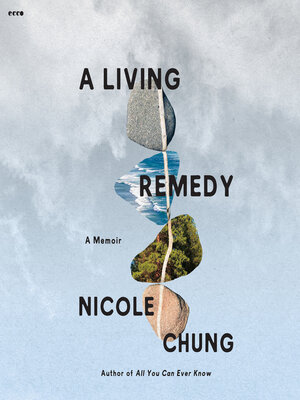 From the bestselling author of ALL YOU CAN EVER KNOW comes a searing memoir of family, class and grief—a daughter's search to understand the lives her adoptive parents led, the life she forged as an adult, and the lives she's lost.

In this country, unless you attain extraordinary wealth, you will likely be unable to help your loved ones in all the ways you'd hoped. You will learn to live with the specific, hollow guilt of those who leave hardship behind, yet are unable to bring anyone else with them.

Nicole Chung couldn't hightail it out of her overwhelmingly white Oregon hometown fast enough. As a scholarship student at a private university on the East Coast, no longer the only Korean she knew, she found community and a path to the life she'd long wanted. But the middle class world she begins to raise a family in – where there are big homes, college funds, nice vacations – looks very different from the middle class world she thought she grew up in, where paychecks have to stretch to the end of the week, health insurance is often lacking, and there are no safety nets.

When her father dies at only sixty-seven, killed by diabetes and kidney disease, Nicole feels deep grief as well as rage, knowing that years of precarity and lack of access to healthcare contributed to his early death. And then the unthinkable happens – less than a year later, her beloved mother is diagnosed with cancer, and the physical distance between them becomes insurmountable as COVID-19 descends upon the world.

Exploring the enduring strength of family bonds in the face of hardship and tragedy, A Living Remedy examines what it takes to reconcile the distance between one life, one home, and another – and sheds needed light on some of the most persistent and grievous inequalities in American society.