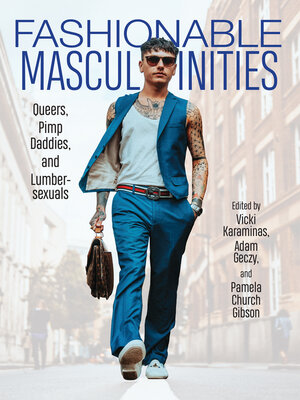 Fashionable Masculinities explores the expression of masculinities through constructions of fashion, identity, style and appearance as the third decade of the new millennium begins: a contradictory and precarious moment when masculinities are defined by protests and pandemics whilst being problematized across class, ethnicity, race, gender and sexuality. Whilst a majority of men might still define themselves as 'traditional,' post-millennials are now talking about how they envision a future without gender boundaries and borders. Rather than being defined as a gender, masculinity has now become a style that can be worn and performed as traditional and normative codes of masculinity are modulated and manipulated. This volume includes original essays on musical pop sensation Harry Styles, rapper and producer "Puff Daddy" Sean Combs, lumbersexuals, spornosexuals, sexy daddies, and aging cool black daddies. Bringing together contributions from leading scholars, this book interrogates and challenges the meaning of masculinities and the ways that they are experienced and lived.