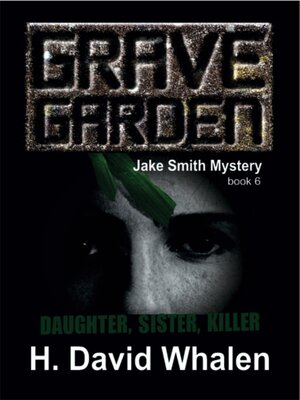 Private investigator Jake Smith is sometimes a hero, sometimes vigilante, but always a thorn in the cops' side. His nemesis, Detective Max Marsh, Marshmallow, as Smith refers to him, is bent on driving him out of San Diego.

With Andrew and Leslie Howell's remains discovered in their garden graves by their busy body neighbor, Jake inserts himself in the middle of the case, bringing Smith and Marsh to loggerheads.

Hamilton-Adams Investigations does not have a client, driving his wife's disgust with her husband's refusal to quit interfering. She declines to understand him, trying to redeem himself over long-forgotten accusations.

During clashes with his wife, Jake makes a mistake with an old friend. Now, can he live with the consequences? Virginia is the best researcher in the business. Is it possible for Jake to solve the murders without her?

Grave Graden is a riveting thriller of survival, redemption, obsession, and love. But unfortunately, Jake appears to love his job more than his wife.