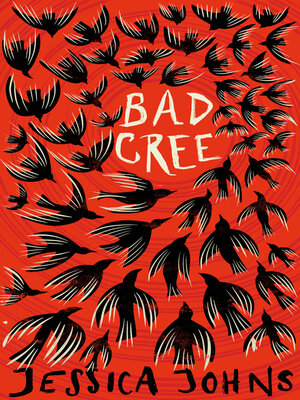 In this gripping debut, a young Cree woman's dreams lead her on a perilous journey of self-discovery that ultimately forces her to confront the toll of a legacy of violence on her family, her community, and the land they call home.

When Mackenzie wakes up with a severed crow's head in her hands, she panics. Only moments earlier she had been fending off masses of birds in a snow-covered forest. In bed, when she blinks, the head disappears.

Night after night, Mackenzie's dreams return her to a memory from before her sister Sabrina's untimely death: a weekend at the family's lakefront campsite, long obscured by a fog of guilt. But when the waking world starts closing in, too — crows stalk her every move around the city; she gets threatening text messages from someone claiming to be Sabrina — Mackenzie knows this is more than she can handle alone.

Travelling north to her rural hometown in Alberta, she finds her family still steeped in the same grief that she ran away to Vancouver to escape. They welcome her back, but their shaky reunion only seems to intensify her dreams — and make them more dangerous.

What really happened that night at the lake, and what did it have to do with Sabrina's death? Only a bad Cree would put their family at risk, but what if whatever has been calling Mackenzie home was already inside her?