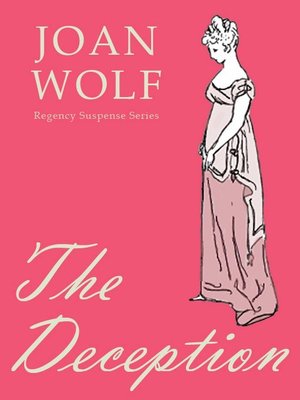 When Kate Fitzgerald's father was murdered, she was left in the power of her uncle, Lord Charlwood. Charlwood plotted to force England's greatest hero into marrying Kate, much to her dismay. As Lady Greystone, Kate was faced with two dilemmas: first that she was in danger of falling in love with her husband and second that she was in danger from vowing to expose her father's murderer. Regency Romantic Suspense by Joan Wolf; originally published by Warner

The Deception
Copy and paste the code into your website.
New here? Learn how to read digital books for free