Your Driver Is Waiting 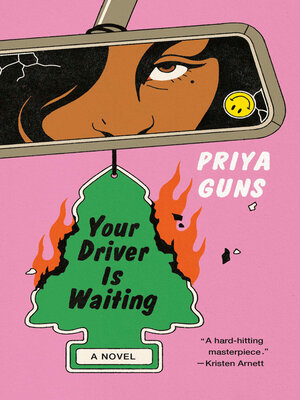 View more libraries...
In this electrifyingly fierce and funny social satire—inspired by the iconic 1970s film Taxi Driver—a ride share driver is barely holding it together on the hunt for love, dignity, and financial security...until she decides she's done waiting.
"A biting and uproarious take on the gig economy, capitalism, and race, this is the kind of book you read in one sitting—preferably not in an Uber." —BuzzFeed
Damani is tired. Her father just died on the job at a fast-food joint, and now she lives paycheck to paycheck in a basement, caring for her mom and driving for an app that is constantly cutting her take. The city is roiling in protests—everybody's in solidarity with somebody—but while she keeps hearing that they’re fighting for change on behalf of people like her, she literally can’t afford to pay attention.
Then she gives a ride to Jolene (five stars, obviously). Jolene seems like she could be the perfect girlfriend—attentive, attractive, an ally—and their chemistry is off the charts. Jolene’s done the reading, she goes to every protest, and she says all the right things. So maybe Damani can look past the one thing that's holding her back: she’s never dated anyone with money before, not to mention a white girl with money. But just as their romance intensifies and Damani finally lets her guard down, Jolene does something unforgivable, setting off an explosive chain of events.
A wild, one-sitting read brimming with dark comedy, and piercing social commentary and announcing Priya Guns's feverishly original voice, Your Driver Is Waiting is a crackling send-up of our culture of modern alienation.