By Sara A. Noë 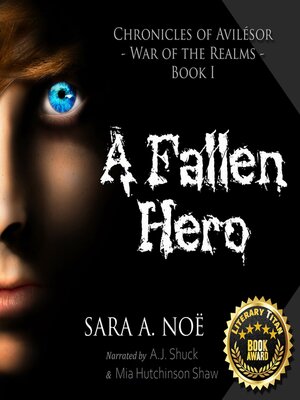 Chronicles of Avilésor: War of the Realms

On the Cobblestone Road LLC

Cato is the only true half-human, half-ghost hybrid in existence. He's powerful and unique with two divine powers instead of one.

The United States government believes he is the key to developing a devastating weapon that will give humankind an advantage when war inevitably erupts between the Human Realm and Avilésor, the Ghost Realm.

After being an unwilling test subject in Project Alpha for two years, Cato and the rest of his "lab-family" survive a transport accident to find themselves stranded and powerless in the middle of the wilderness. Hunted every step of the way by ghostly Shadow Guards with supernatural abilities and human Agents desperate to recapture their prisoners, the eight young fugitives are drawn to Cato's hometown where the Rip between Realms connects the worlds.

Cato wants nothing to do with his past, but as his enemies close in, he realizes he's willing to do anything to protect his lab-family . . .

. . . even kidnap the daughter of a ghost hunter and make a dangerous deal to become a mercenary.

Chronicles of Avilésor: War of the Realms

On the Cobblestone Road LLC