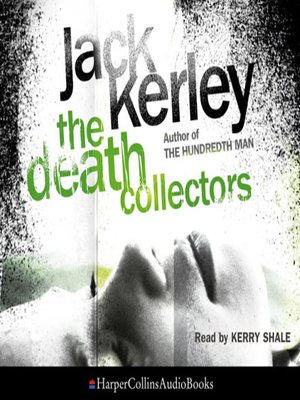 by J. A. Kerley Author · Kati Nicholl Other

FictionMysterySuspenseThriller
A major new psychological thriller featuring Carson Ryder, hero of the bestselling, The Hundredth Man Thirty years after his death, Marsden Hexcamp's 'Art of the Final Moment' remains as sought after as ever. But this is no ordinary collection. Hexcamp's portfolio was completed with the aid of a devoted band of acolytes – and half a dozen victims, each of whom was slowly tortured to death so that their final agonies could be distilled into art. When tiny scraps of Hexcamp's 'art' begin appearing at murder scenes alongside gruesomely displayed corpses, Detective Carson Ryder and his partner Harry Nautilus must go back three decades in search of answers. Meanwhile an auction has been announced and the death collectors are gathering. These wealthy connoisseurs of serial-killer memorabilia will pay millions to acquire Hexcamp's art – unless Carson and Harry can beat them in their quest for the anti-grail.
FictionMysterySuspenseThriller

Jack Kerley worked in advertising and teaching before becoming a full-time novelist. He lives in Newport, Kentucky, but also spends a good deal of time in Southern Alabama, the setting for his Carson Ryder series, starting with 'The Hundredth Man'...

More about J. A. Kerley
The Death Collectors
Copy and paste the code into your website.
New here? Learn how to read digital books for free