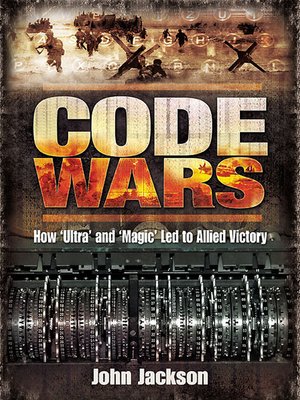 How 'Ultra' and 'Magic' Led to Allied Victory

When the top secret code breaking activities at Bletchley Park were revealed in the 1970s, much of the history of the Second World War had to be rewritten. Code Wars examines the role of ULTRA (the intelligence derived from breaking secret enemy signals) on major events of the Second World War. It examines how it influenced the outcome of key battles such as D-Day, El Alamein, Crete, key naval battles, the controversy surrounding Churchill and Coventry, the shadowing of Hitler's V1 pilotless aircraft and the V2 rocket.

The book also examines the pioneering work in breaking Enigma by the Polish cryptographers, and the building of Colossus, the world's first digital, programmable computer, which helped unravel the secret orders of Hitler and the German High Command. It also tells the story of the American successes in breaking Japanese signals, known as Magic. The vital role of the intercept stations which took down the enemy messages, providing the raw material for the cryptographers to break, is also explored.

The book shows how the code breakers were able to shorten the war by as much as two years and bring Signals Intelligence, in the postwar years, into a new era of military intelligence gathering.

John Jackson is a jounalist and writer who has specialised in Second World War Signals Intelligence. He has written The Secret War of Hut 3 and Ultra's Artic War. He is a volunteer guide at Bletchley Park, where he also demonstrates the Turing-Wel...

More about John Jackson
Code Wars
Copy and paste the code into your website.
New here? Learn how to read digital books for free