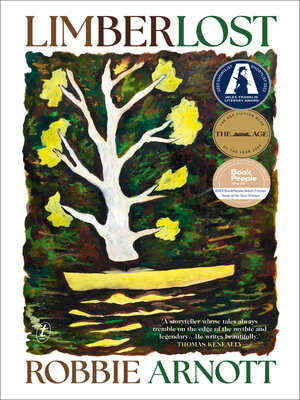 In the heat of a long summer Ned hunts rabbits in a river valley, hoping the pelts will earn him enough money to buy a small boat.

His two brothers are away at war, their whereabouts unknown. His father and older sister struggle to hold things together on the family orchard, Limberlost.

Desperate to ignore it all—to avoid the future rushing towards him—Ned dreams of open water.

As his story unfolds over the following decades, we see how Ned's choices that summer come to shape the course of his life, the fate of his family and the future of the valley, with its seasons of death and rebirth.

The third novel by the award-winning author of Flames and The Rain Heron, Limberlost is an extraordinary chronicle of life and land: of carnage and kindness, blood ties and love.

'Robbie Arnott is the sort of young writer we all hoped would emerge in Australia, a Conrad-like storyteller whose tales always tremble on the edge of the mythic and legendary. And as well as being a splendid narrator of tales, he has a quality too easily overlooked now. He writes beautifully! May his readers and his rewards abound!' Thomas Keneally

'Ned—with his shame and pride—blazes his way into your heart. A tender, soaring novel from one of Australia's finest writers.' Sisonke Msimang

'Limberlost is an immersive experience, a story that is deeply embedded in the language of its environment, drawing much of its power from the places that surround and inform its characters...Though scaled right down to a single, humble life, Limberlost is lit up by the energy of that life's relationships. It serves as a reminder of the complicated position humans occupy, tangled as we are in the webs of interdependence, of pain and responsibility and care, that bind us to a world much greater than ourselves.' Australian Book Review

'In Limberlost magic lies in lyrical language and the powerfully real characters brought to life through it...This is a novel about the deepest of emotions, about love, the fear of loss, and about joy.' Age