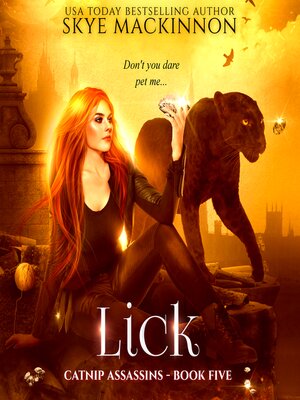 You thought it was over? You were wrong.

Kat is broke, so when she's offered a job as the mayor's bodyguard, she can't resist. It seems a simple enough job, until someone tries to kill her rather than the mayor.

At the same time, an incredibly valuable diamond needs to be stolen, a little deer needs a new home and there's a ball to attend.

When you put a cat in a dress, you better prepare for carnage...

The fifth book in this purrfectly exciting urban fantasy romance series full of action, suspense and shifters. A reverse harem where Kat won't have to choose between her mates.