Death of a Bounty Hunter 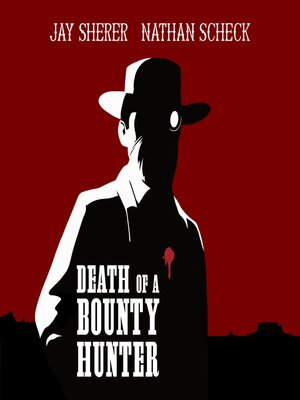 The job felt wrong from the start.

The sheriff of Jericho offered Flint the bounty, but the contract originated from a murkier source—the Duskfinders, a secret society with ties to the Occult. Still, Flint accepted. Hunting bounties defined him. His reputation distracted bigots from the unique shape of his good eye and gawkers from the ocular implant that replaced the other. Most everyone figured Flint was just another badass in the sheriff's posse of dubious freaks, but he wasn't beholden to that crew. He was a loner. Set his own path.

Autonomy ain't worth a damn, though, when a plan goes straight to hell, when a split-second decision triggers an avalanche of trouble. Now, as the lawman who hired him spirals into madness and a paranormal stalker demands penance, Flint's shame and guilt will force him to make a choice: run or fight.

Death of a Bounty Hunter draws intriguing characters into a plot that captivates readers with twists, turns, and adventure all the way up to its deadly conclusion. A mashup of dark fantasy, steampunk, and weird western genres, it has multiple placements in major competitions.

This is a can't-miss, gritty weird western book full of heart and adventure from Amazon top-selling authors Jay Sherer and Nathan Scheck.

Death of a Bounty Hunter Recognition:

If you're looking for a gritty weird western full of adventure, pick up a copy of Death of a Bounty Hunter!