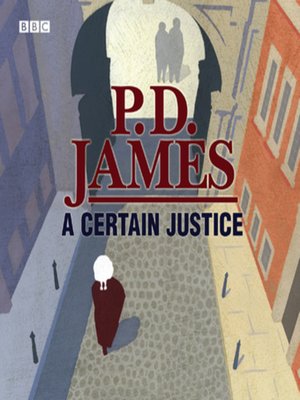 FictionMystery
Venetia Aldridge QC is a distinguished criminal lawyer. When she secures the acquittal of a young man, Garry Ashe, from the charge of murdering his aunt, a series of bizarre events is set in train, starting with her own murder. Adam Dalgliesh, the poet and Scotland Yard commander, takes charge of the case. As he investigates, he finds that she had many enemies in both her professional and private life. Her married lover wanted to leave her, her daughter hated her and her fellow barristers were determined that she should not be the next Head of Chambers. Even the office cleaner had a grudge against her. But step by step, the suspects are narrowed down, and the cunning plot that lies behind Venetia's death is brought to light. This release includes a 30-minute 'Front Row Special' interview with P.D. James, who talks to Mark Lawson about her writing career and the inspiration for her work.
FictionMystery

A Certain Justice
Copy and paste the code into your website.
New here? Learn how to read digital books for free