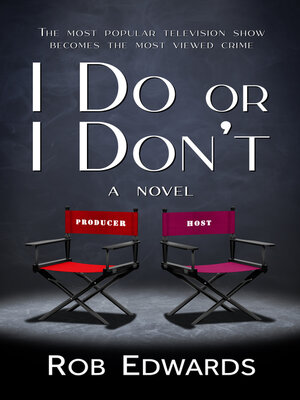 A reality TV show
A dead contestant
An enraged father bent on vengeance
And two Hollywoods stars fighting for their lives!

Beautiful Brooke Winthrop, and brash Becca Dodge are the host and producer of I Do or I Don't, the number-one-rated reality television show in the country. It is a whirlwind courtship show that ends every episode at the altar where two people must decide, on live TV, whether they will say the two words that will change the rest of their lives.

When one unlucky bride says, "I do," only to be murdered by her groom on their honeymoon, the distraught father of the bride holds Brooke and Becca accountable. He manages to kidnap them and produce his own reality series on the internet. Brooke and Becca are run through similar scenarios they put their couples through. They must use these brief moments to prove their innocence or the last episode will end with their death!